How to learn Lebanese Arabic?

Lebanese Arabic is also called Levantine, it is the dialect spoken in Lebanon, Jordan, Syria, and Palestine. More than 30 million speak it.

First of all, before we start you should know that before you decide which dialect to learn you should first set up your goals. Ask yourself why do I want to learn Arabic? If your answer is to be able to talk to Arab people then it’s better to learn Egyptian Arabic, not Lebanese Arabic.

Now let’s find out how to learn Lebanese Arabic.

What is Levantine Arabic? 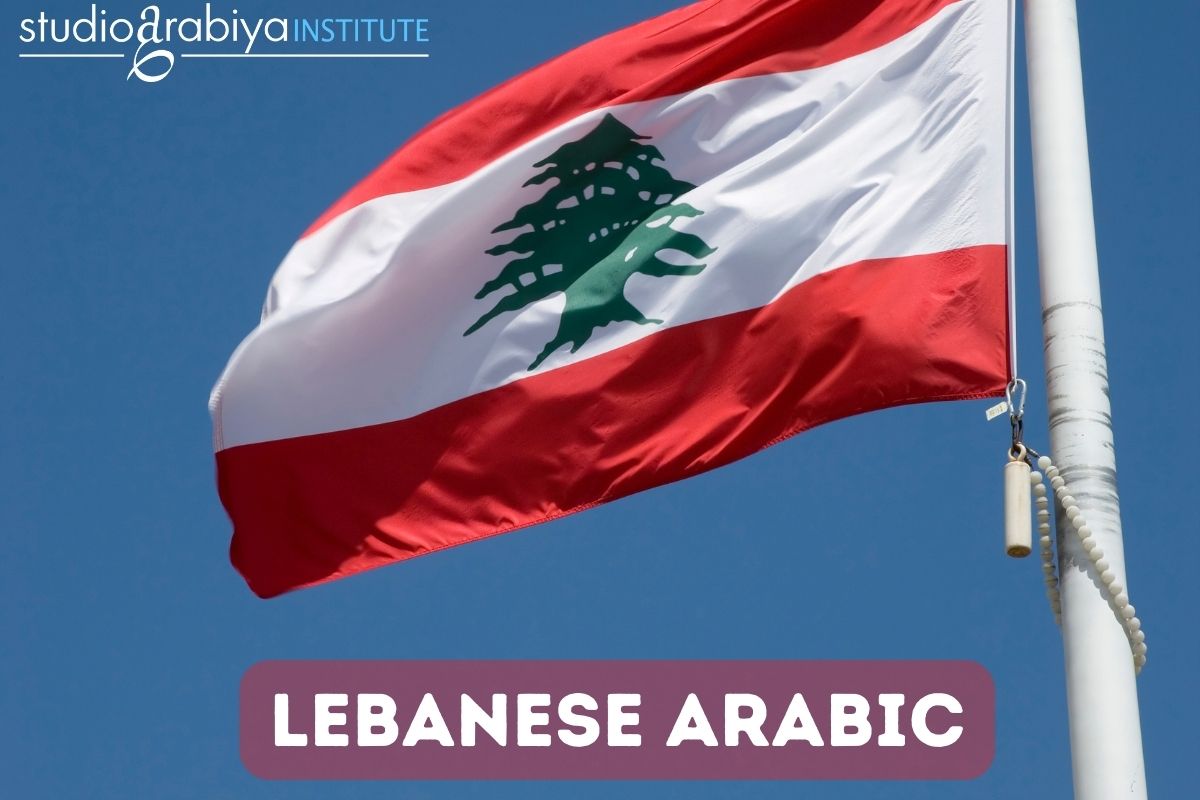 Levantine Arabic is the language spoken in Jordan, Palestine, Syria, and Lebanon. Some call it Shami or Eastern Arabic.

When you learn Lebanese Arabic, you will be able to communicate with anyone who speaks Levantine Arabic.

Now, many people say that before you learn Lebanese Arabic you should first learn modern standard Arabic. Therefore, we will first understand the difference between them.

Lebanese Arabic and Modern Standard Arabic (MSA), what is the difference?

Modern Standard Arabic (MSA) is the standardized Arabic, no one uses it in daily life, but it is used in writing, formal interviews, speeches, and official letters. While Lebanese Arabic is the language the people use in their daily life. It’s similar to how the Egyptian dialect is the dialect of Arabic people in Egypt use every day in their lives, but all the formal papers are still in MSA.

Which one to learn then? To answer this question, you should ask yourself a couple of questions.

Why do I want to learn the language? Is it for communicating with people? Is it because I’m going to travel to Lebanon? To be able to watch movies, and listen to their music?

If your answer to any of those questions is yes then learn Lebanese Arabic. But if you want to learn Arabic to read books, listen to the radio, the news, or learn the basics of the language then learn the dialect itself. Then you should learn the MSA.

Which one to learn first Lebanese Arabic or Modern Standard Arabic?

Take the first three months of your learning journey learning about the MSA or even 6 months it doesn’t matter.

Learning the MSA will help you understand the grammar rules and sentence structure. Then you will move on to learn Lebanese Arabic.

How to learn Lebanese Arabic?

Before you start learning you first need to set up your learning plan and make room in your daily schedule.

It’s a good idea to listen to native speakers, so start with listening to audio. For example, you could search for “Lebanese Arabic dialogues” and you will find many results. You can also listen to their songs, it’s a fun and effective learning method. A great channel called “Learn Levantine Lebanese Arabic with Angela” will help you a lot.

Try to focus on how they speak, and the tone of voice they use and with time you will follow up.

Start writing the words you learn daily, read articles written in Lebanese Arabic or read blogs. Read the words that you find hard to memorize and revise it every day until you remember them. You could even write the words on a piece of paper and test yourself every now and then.

The final step is to speak the language. Listen to an audio or a conversation and repeat what you hear. Focus on how they pronounce the words and letters and record yourself. After you finish listen to the recording and compare your pronunciation with the audio and try to correct your pronunciation. You will find this hard at the beginning but don’t worry, it becomes easier with time, all you need is patience and persistence to excel in your Lebanese Arabic.

There are many great resources out there and many applications but here are some of the resources that I found.

A video called “The Best Way to Learn Lebanese – Immersion”.

There are many applications and courses that will help you learn Lebanese Arabic, here are some of the bests:

The App is called Memrise (Lebanese for beginners).

So far, we have learned that Lebanese Arabic goes under the big ambarella called Levantine Arabic, and it is spoken in Lebanon. We also understood the difference between the MSA (modern standard Arabic) and Levantine Arabic.

Then we learned that depending on your reason for learning the language you will decide to start with the MSA first or jump right into Lebanese Arabic.

After that, we saw how to enhance your reading listening, writing, and speaking skills. And in the end, we say the best apps, courses, and YouTube channels that will help you in your journey.

Now, if you still wondering about anything visit our website Studioarabiyaeg.com